I am trying to release these reflections at spaced out intervals…who knows how long we will have in this quarantine!  I waited to post Mark’s first reflection on “Fear and Anxiety” related to stories from WW2 until this week because I thought it would be fitting as we walk toward the cross.  Roy Berkenbosch wrote a great sermon for Fellowship Church yesterday where he asked us to pause for a moment and…

“reflect on the  courage of Jesus to march into the thick of conflict (on Palm Sunday)- to deliberately act out the role of Messiah-King, singling his fulfillment of prophecy, yet knowing that he was not what the crowds expected (a warrior-type king) and that the ensuing conflict would cost him the ultimate price.

Read Mark’s first paragraph and some common emotional themes between war and those in Jerusalem experiencing Holy Week (not least of all, Jesus) will become apparent.

Mark ends with 8 ways soldiers handled fear in helpful ways, in the comments please respond with patterns, rituals, habits, etc., related to the eight, that you have found to be helpful during this time. 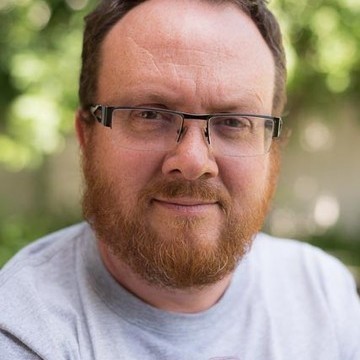 Some thoughts on Fear and Anxiety I: Stories from WW2

I am currently researching the human dimensions of war, with reference to WW2. In my book I will explore how humans experienced war: the broad spectrum of emotions and behaviours which people lived out during this extraordinary time. My aim is to reveal a little of  how fear and love and hate affected combatants and prisoners and civilians, of how they coped with loss and anguish and despair, of why some resorted to treachery and revenge and indifference, while others lived in solidarity and hope.

Recently I have been working on my chapter on fear in WW2. And then the pandemic broke. So I am taking this opportunity to write up a couple of things about fear and anxiety that I have been working on. Its very much a work in progress. Maybe these voices from the past have something to say to us in our current predicament.

Obviously there are many ways in which wars and pandemics are completely different. Most of us are not facing a tank or a dive bomber in the flesh (although war is still a commonplace feature in many parts of our world today). But there are some similarities or parallels. Combatants had to deal with a constant gnawing fear and anxiety when they weren’t in conflict, and it is this which seems most relevant to us now. Understanding how millions of ordinary people coped might help us to face down fear and restore it to its proper place in our lives.

In my opening to my chapter, I noted the following:

As I sit here and read about fear in war, I am struck by how deep down the stories of fear affect me. The words on the page seem to open up a world I know nothing of, and yet in truth I know all too well the effects of dread and fear and anxiety in my own life. The dread of illness or pain. The fear of losing a child or a loved one. The deep unexpressed fears. The constant nagging presence of an unspecified anxiety. The waking early. I know nothing of war in my own life, yet in my imagination and my reading I seem to recognise the way that fear constantly assails the mind and the body and the spirit.

Fear was everywhere in WW2. And fears were multiple and overlapping. Fear for yourself. Fear for others. Fear of others. Fear of death. Fear of separation. Fear of injury. Unexpressed generalised fear. Deep abiding fear. Momentary, excruciating fear. Fear mixed with anxiety and dread. Fear produced great resilience and courage, and also panic and cowardice.

At first glance it seems rather self-evident that fear was a ubiquitous part of the landscape of WW2. After all, this was war. People die. People get bombed. People risk their lives. People get horribly maimed and burned. People have no idea what is going to happen to their loved ones. Every day fear cast a shadow. So how did armies address fear, and what did combatants do to try and cope with fear?

For the army hierarchies, this was a critical issue. Fear had to be understood, managed and diminished if the combatants were to be “effective soldiers”. The American army in particular undertook some in-depth studies to try and understand both fear and anxiety. To give you a flavour of the findings of these reports, let us look at John Dollard’s Fear in Battle (1944). Between 1942 and 1945 Dollard acted as a consultant with the Morale Services Division of the US Department of War. Together with psychologists from Yale University Institute of Human Relations, Dollard did a survey of 300 volunteers. It should be emphasised that these were volunteers (and so their experiences may differ from conscripts) and they were veterans, which may also have skewed the findings a little.

His “findings in brief” were as follows:

These findings are related mainly to the army’s attempts to manage fear in combat and so make the soldier effective in battle. However, if we broaden this out to consider fear in war, (ie the much broader experience of being at war: digging in, waiting, in transit, pre-combat, post combat, rest etc.) then we find some different things begin to emerge about fear.

Soldiers feared so many things. The anticipation of being bombed or shelled. And then when it did arrive, it was the visceral assault on the senses which brought pure terror: the screaming unrelenting noise, the shaking of the earth. It was the landmines that you couldn’t see. The fear of ambush just around the corner. So much fear and anxiety was generated by uncertainty, by what was not known, as much as what was known. Many soldiers feared showing fear. In other words, the fears that most preoccupied them were related to shame, and their feelings about themselves, and notably what others would think of them. This sense of social disgrace was often more powerful than the fear of being killed or wounded.

What did they do with all this fear? How did they make it through? There were several things that helped (and you will have to wait for my book to be published to get the full list!), but here are some that speak most pertinently to our situation.

These things were learned the hard way by soldiers from all different nations, from all different backgrounds. For fear was “the common bond between fighting men”. As we face up to months of uncertainty, it is easy to allow fear and anxiety to take up residence in our imaginings. But as the testimony of millions of soldiers affirms, fear can be tamed.

If Tim wants another one, I can also talk about fear and POWs and fear and civilians during wartime!

(I have told Mark that I would very much welcome these additional reflections!)

Campus Minister at The King's University, Edmonton View all posts by twoodkings

2 thoughts on “Fear, WW2, Our Pandemic – A reflection by historian, Mark Sandle.”